On Conservation in Hawai‘i, From Maunakea to Kaho‘olawe 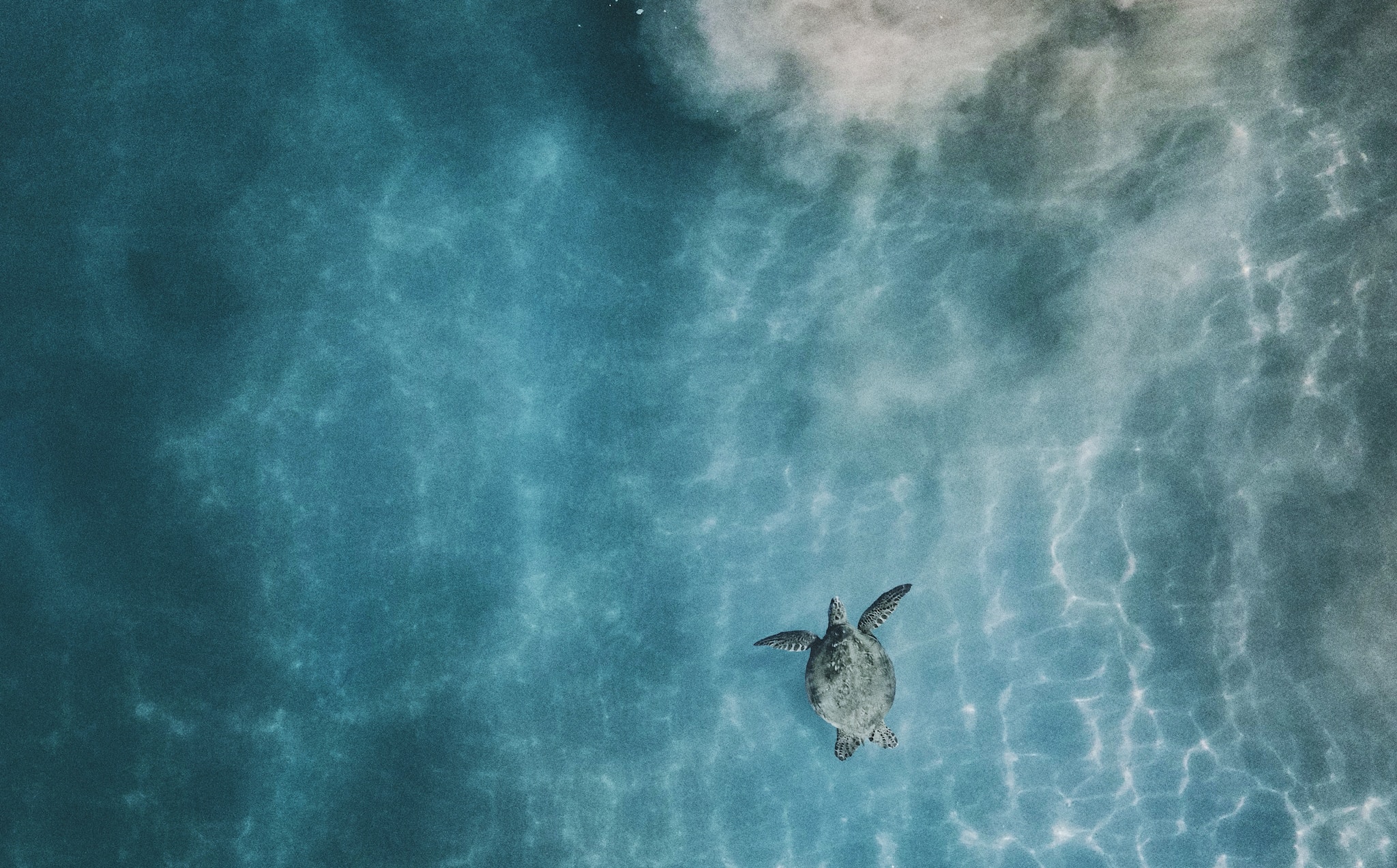 Photo by Mitch Meyers on Unsplash

I first encountered Flux on newsstands in 2010. It left an impression on me because it had, among its fashion spreads and editorial stories, an illustrated guide of tips for conserving water. Coincidentally, the first piece I wrote for Flux in 2011 was also about water, a feature on the Water Writes project by graffiti legend Estria Miyashiro highlighting water injustices around the globe. In Hawai‘i, he collaborated with artists including John “Prime” Hina to paint a mural on a sprawling wall in Kalihi re-envisioning the ahupua‘a, with Queen Lili‘uokolani, who advocated that water be a public trust, front and center.

For inspiration, the artists talked to lawyers at Earthjustice working to restore flow to the streams of Waihe‘e, ‘Īao, North and South Waiehu, and Waikapū, four main water sources on Maui, where dozens of streams had been diverted by sugar plantations at the turn of the 19th century.

Eight years later, Flux ran a piece by Shannon Wianecki profiling Ed Wendt, a taro farmer who has been fighting for more than two decades to return water to 27 east Maui streams. In 2018, the state determined that 10 of the streams must be fully restored.

When the decision was announced, Wendt said, “Our community spread its wings over the whole of the Ko‘olau and accomplished something great for the waters of Kāne, for all the people of Ko‘olau, for all people of Hawaiian ancestry, and for our public trust.”

The stories of land and water run deep in Hawai‘i. In Flux’s inaugural issue in 2010, writer and lawyer Sonny Ganaden penned a piece on the 1960s movement Save Our Surf and its efforts to protect the shoreline, surf spots, and public access from development.

One year later, writer Samson Reiny chronicled the saga of a Lualualei farmer who had lost his lease to developers with plans to rezone the property his grandmother-in-law had blessed with the name ‘Āinalani, or “heavenly land,” for its bountiful harvests. (The developer was unsuccessful, and Wai‘anae Community Re-Development Corporation, best known for its MA‘O Organic Farms operation, acquired the land in 2019.)

In contrast, I am a woman without a place. Instead of being strongly rooted anywhere, I touch down shallowly across oceans, from northwestern Europe (where my genes are 99.9 percent from—as haole as it gets) to the United States, including Colorado, where I was raised; Hawai‘i, where I lived for nearly 10 years; and Utah, where I live now. Because of this, it feels strange to be the one writing about conservation in Hawai‘i for the tenth anniversary of Flux. But Hawai‘i is where I witnessed what it can mean to have a deeply developed love for the environment, a love so wide that it also encompasses a love for self and community.

Growing up, I thought of conservation as a cause for people who wore Patagonia and had the luxury of demanding pristine environments; people who didn’t seem to share the same material or social concerns I had as part of a cash-strapped, Catholic family living in a small town among fallow farm fields and encroaching development.

I was reacting, unknowingly, to the legacy of the U.S. history of land conservation, anchored in the sentiment of white, male naturalists like John Muir, who thought we must preserve the “wild places he loved”—a love that was romantic and, while most would argue well intentioned, also dismissive of peoples who knew that land better than he ever could. (This legacy flows into Hawai‘i via the national park system, which debuted at the turn of the 19th century and was inspired by the calls of Muir and other naturalists. Lorrin Thurston, a key player in the overthrow of the Hawaiian monarchy in 1893, prominently campaigned to create what is now Hawai‘i Volcanoes National Park.)

Growing up, I thought of conservation as a cause for people who wore Patagonia and had the luxury of demanding pristine environments.

But when I arrived on O‘ahu fresh out of college in 2009, spreading my roots across the ocean—a pretty little invasive flower—I began to experience conservation and environmentalism differently, to see them as something bigger than the words could encompass, as something I did care about after all. Here, the artificial borders people often impose between humans and land, land and water, humans and other animals, melted away, revealing instead both abusive relationships and nourishing connections.

In the lay of the land, a decade is both a long time and a blip on the radar—a watery and militaristic metaphor that is appropriate for an essay about Hawai‘i, where military has a significant impact on land. For evidence, one just has to look at Kaho‘olawe, which bears half a century’s worth of scars from the U.S. military’s use of it as a bombing range and training facility after World War II. In 2017, writer Matthew Dekneef wrote about his experience as one of the thousands of volunteers who have traveled to the sacred island to help restore it since the state legislature created the Kaho‘olawe Island Reserve Commission in 1993.

Activist and musician George Helm stood on the same ground in 1978 and struggled to find a way to capture the island’s significance.

“Man is merely the caretaker of the land that maintains his life and nourishes his soul,” Helm would write in 1978, in a letter published in Na Mana‘o Aloha o Kaho‘olawe. “Therefore ‘āina is sacred. The church of life is not in a building, it is in the open sky, the surrounding ocean, the beautiful soil.”

The ocean was the subject of the decade’s largest conservation power move in Hawai‘i, when President Obama expanded Papahānaumokuākea Marine National Monument by 440,000 square miles in 2016. While the proclamation was celebrated by scientists, and was tied to the United Nations Convention on Biological Diversity’s goal to protect 10 percent of the world’s ocean by 2030, it was seen by others as more imperialist power grabbing, a further expansion of U.S. control over the Pacific. Like many things related to conservation, the truth may lie somewhere between altruistic preservation and strategic domination, reflecting a legacy understood all too well by those of Hawai‘i.

But what will likely be remembered as the most prominent topic of the decade—generally outshining development, the state’s persistent conservation issue—was climate change.

In Flux, we ran stories of mosquitoes carrying avian malaria infecting native birds at higher elevations due to rising temperatures; of scientists on Mokuolo‘e (Coconut Island) trying to develop corals capable of withstanding warming and acidifying oceans. The voyaging canoe Hōkūle‘a took to the sea, traveling the globe on a three-year journey to share a message of sustainability and unity. The state saw dramatic king tides in Waikīkī, historic rainfall on Kaua‘i, and unprecedented ocean heat waves.

International and local policymakers responded to the compounding climate change messaging and activism, historic natural events, and potential economic impacts. Following the adoption of the Paris Agreement in 2016, the state adopted an increasingly aggressive stance on reducing its carbon emissions, announcing the country’s first goal to achieve carbon neutrality by 2045 in 2018 on top of its 2015 goal to have 100 percent renewable energy by 2045. (Carbon neutrality addresses things like car emissions and depends on sequestering carbon from the atmosphere, which seems at this point to mostly mean a lot of tree planting.)

The state also passed a bill establishing a carbon farming task force in 2017, and then a year later repealed the bill and created a broader greenhouse gas sequestration task force. In 2016, voters approved the creation of a City and County of Honolulu Office of Climate Change, Sustainability and Resilience, which tracks climate change science, shares it with the public, and collaborates with communities to figure out what resilience looks like as shorelines shift and weather gets more extreme.

It is becoming clear that just like with urban planning, waste disposal, industrial production, and even scientific pursuits, renewable energy is not immune to inflicting environmental injustice.

Indeed, as the decade rolled on, Hawai‘i continued to make national headlines for passing groundbreaking environmental policy. In 2019, Hawai‘i banned sunscreen containing oxybenzone and octinoxate, which can be damaging to the coral reef, while O‘ahu banned restaurants and businesses from using plastic straws or utensils and polystyrene foam containers. (Side note: There is an important critique of banning single-use plastics when it comes to the needs of people with disabilities; Google it.) It is yet to be seen if we can ban our way into environmental well-being.

In the 2020s, Hawai‘i will continue to pursue its renewable energy goal. But to call the energy deployed clean would be sleight of hand. As the narrative of climate change has increased in urgency, wind farms have gained ground, resulting in a devastating uptick in deaths of Hawai‘i’s endangered native bat and reinvigorating questions of when, why, and where development should happen, with wind turbines in Kahuku being erected so close to town they dwarf the elementary school. In their shadows, it is becoming clear that just like with urban planning, waste disposal, industrial production, and even scientific pursuits such as astronomy, renewable energy is not immune to inflicting environmental injustice.

More than anything, what I’ve learned in the last decade is that intertwined with what are deemed historically significant moments and glamorous efforts are devoted labors and deep relationships that undergird it all. Take Pāhiki Caskets, a company that makes environmentally friendly caskets from invasive wood, lining them with fabrics that will biodegrade along with those cradled inside, or community volunteers who clean up beaches and educate visitors about marine life. Take the love letters to plants Rae Sojot collected for Flux, including a tribute to ‘ōhi‘a lehua from Hawai‘i Island alohawear designer Sig Zane. Take the intimate moments on Maunakea, the play of keiki near the beating blades of turbines at Kahuku elementary school. Run your fingers over the sleeping grass. This land is everything we’ve got. It’s everything we are.

This is the third piece that ran in our “Special Section: Ten-Year Anniversary”, click to read more on topics such as Media, Surfing, Education and Gender.